The Founding of NDA 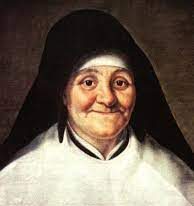 Many schools, including ours in Hingham, share the name Notre Dame, but where does this name come from? Saint Julie Billiart was born in 1751 in Cuvilly, France. The seventh and eighth grade at our school is called Cuvilly also. In 1794, Julie met Francoise Blin, and they became great friends. In 1804, the Sisters of Notre Dame de Namir was founded by St. Julie and Francoise Blin. Therefore, our club for promoting our school is called the 1804 Society.

The two foundresses were not two people that anyone would expect to bond so well because they were significantly different. Julie was a peasant woman, and Francoise was a noblewoman. Despite their differences, they both wanted poor people to receive an education, especially girls, during the French Revolution. Together St. Julie and Francoise established schools for poor children because, during this time, people only had an education if they were wealthy. St. Julie believed education was a human right no matter who you were. She thought education was essential for faith, and it empowered people. She felt education gave people confidence, and it gave them an excellent grasp of life and their purpose.

In 1807, Julie and her sisters moved to Namur, Belgium, near the bishop. They ended up growing so much they needed to move just a year later to another residence, and this became their motherhouse. Their schools spread around the world. In 1853, the teachings of St. Julie were brought to Boston, and then as the city changed and more people were moving to suburban areas, they moved to Hingham. Notre Dame schools round the world still try to bring forth Julie’s message and empower young people. Many of the schools, like ours, are all girls, and this is what Julie wanted to pass on. She wanted education to be for everyone, and she did not think people needed to be educated on just topics like math and English. She believed education was about faith, what to do in certain situations, how to treat people, and how to make the world a better place. Saint Julie’s life devotion to educating others is still critical today, and without her, we would not have our school.