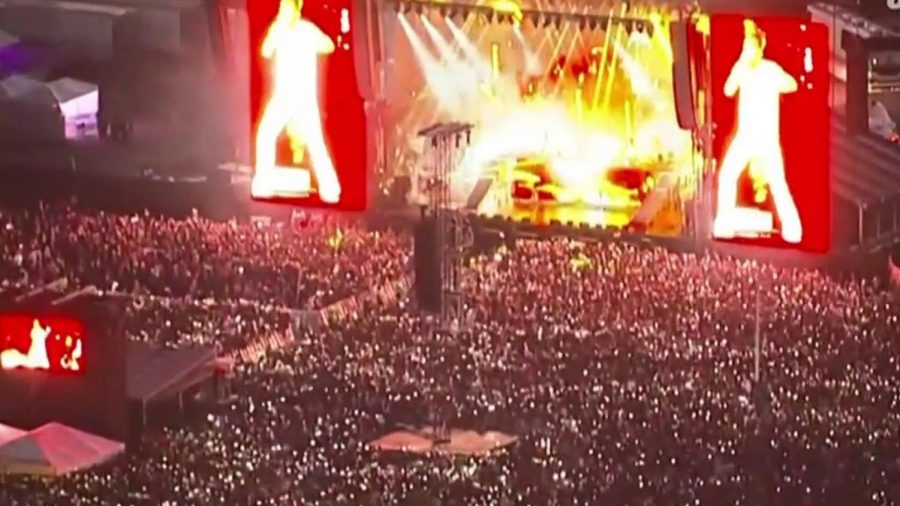 Jacques Bermon Webster II, better known as his stage persona, Travis Scott, is a well-known rapper that is famously partnered with Kylie Jenner. He released his third studio album Astroworld in August 2018 with the hit single “Sicko Mode.” Due to the success of Astroworld, Scott made the decision to hold a festival in November 2018, known as Astroworld Festival. The festival is held in Houston, which is where Scott grew up. The festival turned into an annual event held in November. The 2020 event was cancelled due to the COVID-19 pandemic. The 2021 festival was planned for Friday, November 5th and Saturday, November 6th.

On the first night, a little after Scott’s performance began, the crowd stormed toward the stage. 10 people, aged 9, 14, 16, 16, 21, 21, 22, 23, 23, and 27 passed away because of the rush. It is reported that around 300 people received medical attention on site and 25 people were sent to a hospital. The event launched a swarm of lawsuits, and the 90-second apology video Scott released on Twitter further angered the public for its insincerity.

Scott was previously arrested and pleaded guilty for inciting disorderly conduct in 2015 and 2017. There was extra security added for this year’s Astroworld Festival, due to fans in 2019 breaking through barricades and injuring 3 people. The rest of the festival was cancelled. Scott has been trying to have the lawsuits against him dismissed and claims that he is not liable for the deaths of his fans. He has volunteered to pay for the funeral costs for families, some of which have rejected his offer.