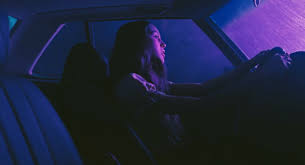 On January 8, Olivia Rodrigo, 18, star of “High School Musical: The Musical: The Series” (HSMTMTS) released her debut single, “drivers license,” (not associated with the show). Days following its release, stars such as Joe Jonas, Halsey, and Olivia’s idol Taylor Swift, reposted the song and commented on her Instagram post. On January 12, just four days after its release, the song amassed 17 million global streams on Spotify and broke the record for the most single-day streams for a non-holiday song on Spotify. So why is the song so popular? Aside from the amazing vocals, beat, and music video, there is a ton of drama ensuing from the song.

The song is rumored to be written about Olivia’s co-star Joshua Bassett, 20. They had a lot of chemistry during season one of HSMTMTS, where the two play an on-screen couple, and fans have speculated that they dated for a brief time. Why so brief? Well, that’s where the rumors take over. Some suggest that Joshua was going to wait for Olivia to turn 18, since she was just 16 when the show was filming and he was 19. Another, the more popular theory, is that Joshua either dumped Olivia or cheated on her with another Disney star, Sabrina Carpenter, 21. Fans suggest this because Olivia mentions a “blonde girl” who is “so much older than me” in the song. When she first posted about the song on Instagram over the summer, she mentioned a “brunette” girl, so fans speculate she changed it after Joshua and Sabrina were seen together.

Also, the subject of the song being about her driver’s license points towards Joshua because he taught her how-to drive in Salt Lake City in an In-and-Out parking lot while filming season one back in 2019. Another reason is that Olivia in the song says, “Guess you didn’t mean what you wrote in that song about me” pointing towards Joshua’s song “Anyone Else” released July of 2020.

There are plenty of rumors about the cast of HSMTMS taking sides and new drama after the alleged break up. Olivia posted about “drivers license” on January 4 leading up to her release of the song. Just one hour later, Joshua posted about his new song, “Lie Lie Lie,” that was being released January 14. Many fans wonder why they posted so close to one another. On Olivia’s post nearly everyone from the HSMTMTS cast posted, such as Sofia Wylie and Julia Lester. Only one cast member, Joe Serafini, posted on Joshua’s post. This has led to the belief that the cast took sides and all sided with Olivia.

Finally, Joshua released a song called, “Lie Lie Lie,” on January 14. Although the song was not written about Olivia, considering he first released a snippet of it before the two met, many wonder why he released it so close to “drivers license.” Many fans have noticed similarities between both music videos. Both show a car that appears to be the same in the music videos, and both hang out of a car for part of the video. Personally, I do not think the song is about her, but I think the timing is sketchy.

Neither of them has confirmed or denied claims about them being together or the subject of “drivers license.”