Unique Traditions During the Lenten Season 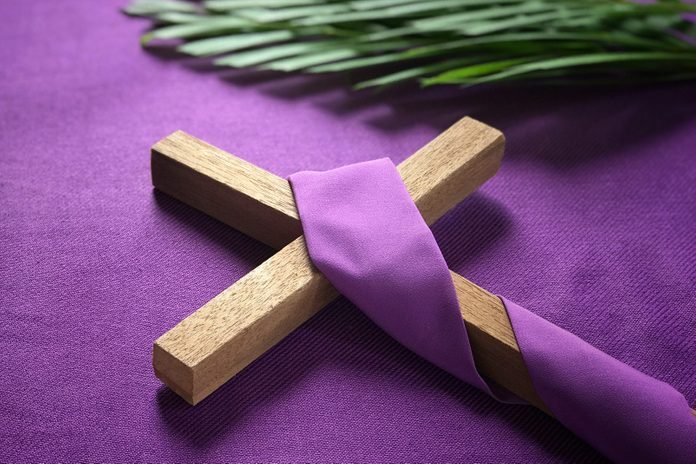 Lent is one of the most important and widely celebrated events for Christians, especially Catholics. It is a season of reflection and many Christians have a variety of different ways to celebrate this religious observance. Because COVID-19 has affected the lives of everyone, emotionally and physically, I was interested in finding out how some people are celebrating this significant occasion. Are their customs going to have to be adjusted because of the pandemic? I was also intrigued to find out if people who aren’t Christian observe something else similar to Lent and how they honor this religious event in their own way.

The first people that I interviewed were my parents. In addition to abstaining from meat on Ash Wednesday, Good Friday, and every Friday of Lent, I discovered that Lent traditions are widely observed in many other unique ways in the Philippines because it is a predominantly Catholic country. Aside from Ash Wednesday and Easter, Holy Week is extensively celebrated in the Philippines and is considered a solemn week. The blessed palms from Palm Sunday are placed in windows, doors, and on altars to ward off evil spirits and bring peace and blessings from God. When my parents lived in the Philippines, they practiced a very popular custom, the Visita Iglesia (church visit), where they visited seven different churches on Holy Thursday and recited the Stations of the Cross. Good Friday is commemorated with a street procession which includes many different religious images depicting the passion of Jesus Christ. Another notable Filipino tradition is the “Salubong,” or “Sugat” (meeting), which takes place during the early morning of Easter (4 a.m.) and starts with two processions, one with men carrying the statue of Jesus and another one with women accompanying the image of Mary. This ritual portrays the reunion of the risen Christ with his mother. Due to the pandemic, religious gatherings and processions are banned; people now attend masses via livestream at their own homes. On Ash Wednesday, instead of directly rubbing ashes on the forehead, ashes were sprinkled on the top of parishioners’ heads, while other priests used Q-Tips to trace the ashes instead.

The second person that I interviewed was Vidhi Patel, class of 2024, who is Hindu. She says that she celebrates a Hindu holiday that is quite similar to Lent, called Shivaratri. She explains how she has to fast, just like Christians do when observing Lent. However, Shivaratri only lasts for one day, as opposed to Lent, which lasts 40 days. “During Shivaratri,” Vidhi says, “we celebrate the birthday of Shiv, the main god of Hinduism.” She continues to explain how her family usually goes to the Temple to visit Shiv, say prayers, and worship. She describes her family’s yearly ritual of pouring milk over the Temple’s Shiv statue as a way of honoring, which is called Pooja, but due to COVID-19, her family is unable to visit the Temple this year. Instead, they decided to be creative and continue their tradition at home with a smaller statue. Vidhi also says, “During this holiday we fast throughout the entire day, until we can eat one big meal at the end of the day. We are not supposed to eat meat during this meal, but once we are done, we eat a lot of fruits and nuts too.”

Lastly, I interviewed some of my Jewish friends. They said that their celebration of Passover is almost like the Jewish equivalent to Lent/Easter. Jews fast during this religious ceremony for eight days straight. One person that I interviewed said, “My family visits our Temple to pray and worship, and the fasting begins at sundown and later ends at sundown about a week later.” Another person explained how their entire extended family gets together, but they are disappointed that they will only be able to celebrate Passover this year with their immediate family due to COVID guidelines. They also mentioned that their family’s unique Passover tradition includes performing a made-up dance that their great-grandparents came up with every year. Passover 2021 starts Saturday, March 27th and ends on Sunday, April 4th, which also happens to be Easter Sunday for Christians.

People may have different ways of observing Lent and offering their sacrifices. They may differ in religion and beliefs during this season, but what matters most is the person’s sincerity, intentions, and their responsibility to care and keep everyone safe, especially in difficult times like these.