Why All-Girls Education is Better than Co-Ed 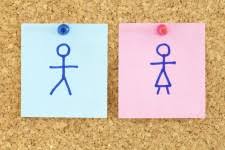 For a girl, a single-sex education is the most effective kind of teaching they can have. The most impactful and beneficial schools are the ones that have established a single-gender society. These days, gender dynamics have not changed in co-ed schools and sadly shows that life is still under the domain of men, and domestic life that of women. If we do not reshape our old ways into new ones, our modern world won’t be so modern anymore. There needs to be change. The only ones who can reshape this issue are women and anyone else who believes in gender equality and a top-notch education for girls. The most important change today, is the evolution of all female education. All-girls’ schools provide not only a physical but a psychological space where that part of our culture is left at the door, and girls have the freedom to explore who they are and who they want to become.

Girls will have fewer distractions regarding social diversions and interruptions. Most people would argue that co-ed for all levels of school is a better choice to prepare their children for future jobs and careers. Apparently, they get to learn how to work together cooperatively. If someone agrees with this statement, then they are also saying that adolescent boys in co-ed schools don’t slow down girls’ education and learning development. They do. Education psychologists at the Ontario Institute for Studies in Education in Toronto say that “Girls are more likely than boys to want to learn cooperatively and collaboratively.” Without these intrusions, a girl can focus on herself and have the full potential to succeed. They will have the spotlight on center stage all to themselves.

A study done by Kieran Snyder, researcher and writer for Human Interest on Slate, shows that women in tech and corporate settings are interrupted by men on the daily. She wondered why males, as adults, are the biggest interruptions and conversational hijacks. Boys learn to interrupt girls from a young age, which makes them feel as though they cannot continue speaking and keep their feelings hidden. Snyder conducted an experiment where she observed ten hours of playdates with six boys and eight girls from ages three and a half to six and a half and recorded the number of interruptions for both genders. After six hours of the playdates, she realized she had all the information she needed. Snyder respectively recorded 48.5 interruptions every hour: 35.83 contributions by the boys and 12.67 by the girls. She conducted more experiments like this one and got the same results: the males interrupted the females much more, but this time the adults weren’t ashamed as they should be. Snyder then published her observations and thoughts into an article titled: Boys Learn to Interrupt. Girls Learn to Shut Up.

The mindset that females have less power than males is unhealthy. Snyder compared these results to a similar experiment she did, but this time with men and women during a corporate meeting. The men seemed to interrupt the women with no shame. Snyder then wrote an article titled: How to Get Ahead as a Woman in Tech: Interrupt Men. This doesn’t only encourage women in tech, but all women who want their voice to be heard. The article shows that if women interrupt men, they will really listen because women’s power is an impressive element, especially the workplace. Women need to have confidence in their words and actions easily without the fear that men won’t have respect or appreciation. Being treated equally is all that women are asking for. Going to an all girls’ school will give them the ability and confidence to make their voice heard.

Girls will benefit from female teachers. According to stats, 77% of all teachers are female, and nine in ten primary school teachers are female. Female teachers in an all girls’ schools want to teach in those learning environments because they understand how girls learn and they believe in this genre of education. The male teachers who also believe in this type of education are not forgotten. It shows that they also believe and appreciate all girls’ schools when they teach at one.

Her career aspirations will no longer be limited or discouraged. Girls are always told they can’t have hard jobs or should just stay at home and not work at all. Hurtful sayings like: ‘she can’t do this’, ‘a lady should never do that’, ‘oh leave that job for the men’; are prejudicial and discriminatory. This is wrong. People are alienating their dignity. They are advised to not be lawyers, scientists, engineers, coaches of men’s sports team, politicians, and more. Girls need to be told they should run things. Especially when they are young, they will achieve the confidence to be anything they want to when they grow up. Think of one person that wants themselves or their daughter to fail in life… exactly.

STEM and STEAM (science, technology, engineering, arts, and mathematics) have tremendously impacted young women today by broadening their options for careers. The Harvard Business Review article, 6 Things Successful Women in STEM Have in Common, it’s STEM that brings out their authentic selves. 78% of successful women in STEM say they are authentic and themselves at work. Women today, that are graduates of girls’ schools, are six times more likely to consider majoring in science, technology, and math and three times more likely to consider majoring in engineering. This is such an amazing boost in life for all women being anything they want to be. As people enter the new world, they see that women being things that only men could do before is life changing. As for the learning aspect, girls’ schools know girls are more engaged in learning the how if they also learn the why.

Girls now have a level playing field, literally in athletics. Girls who do athletics at an all-girls school are more likely to succeed than girls at a co-ed school. There also more options offered for girls’ sports. Most co-ed schools will have a boys’ team for one sport, but not a girls’ team for the same sport. For example: Abington High School does not have a girl’s golf team and Cardinal Spellman has an off-season field hockey club. These two examples out of many shows that co-ed schools don’t care as much for girls’ sports than boys. However, at all girl’s schools, girls can’t and won’t be held back. They are also more likely to play a sport if they already didn’t before.

All girls’ schools produce strong feminists who advocate other women to believe in themselves. Feminism. What does this word really mean? Some may think it means that women say they should dominate men or that they ultimately hate men or even that feminists are all just feminazis. The Oxford Dictionary definition for the word feminism is “the advocacy of women’s rights on the basis of the equality of the sexes.” Feminism is not the belief that women should be above men in the world. Feminists are anyone who supports women’s rights and believes that we should all be equal. Being a feminist is something to be proud of, but most men don’t want to be or admit to being feminists because it is not a manly word, or they misunderstand the concept as a whole. This is why an all girls’ education will help spread the word and true understanding that gender equality is not yet reached.

In conclusion, all-girls’ schools are truly better than co-ed as a whole. What’s not to like? Girls don’t have to worry about what they look like, who they are, where they come from or what they wear. At an all-girls school, young women can grow smarter and faster than they ever did before. A whole new broad horizon to explore their life goals and aspirations. Girls can change the way things are today, at all girls’ schools. They can’t and won’t be stopped. Girls supporting girls and thriving through their journeys. Malala once said, “So believe in your voice, believe in yourself, and always follows your dreams. Because especially young girls, they dream big but as they grow older, they start underestimating themselves, they do not believe in themselves, they don’t dream big. So, I would ask all young girls to dream big, as big as you can, and just follow your dreams and you can do anything.”