Behind the Hobby: Pop Up Cards 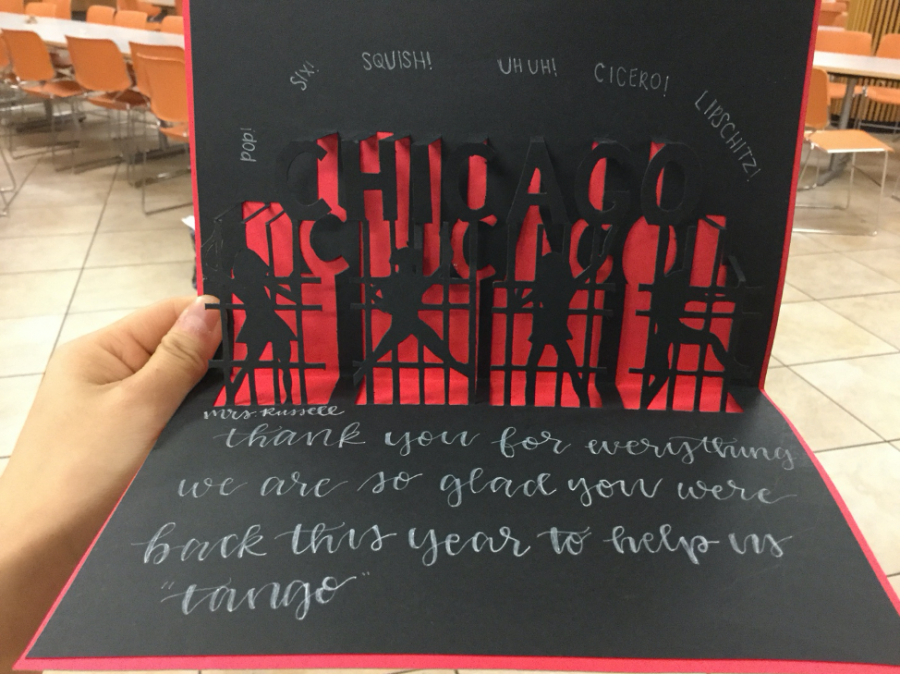 If you’ve been in the offices of Ms. Russell or Ms. Carter within the last couple of months, you may have seen one of the many pop-up cards I’ve made. Those who know me well know that making pop-up cards is one of my biggest hobbies. Some of my closest friends have received one of my creations for their birthday, usually designed specifically for the recipient. I wanted to share my story about them because they are often a topic of conversation, and I’ve loved the growth of them over the years.

Since a very young age, I’ve always enjoyed celebrating other people’s birthdays. I wasn’t ever a fan of my own, but I looked forward to giving a personal creation for someone I cared about. I would make the dinkiest of cards with weird doodles scratched on a folded piece of printer paper. For many years, I worked on making something better, but I eventually hit a dead end. I remember one day in the eighth grade looking at handmade birthday card ideas online. From there, I came across a basic pop-up card with the words “Happy Birthday” as the main centerpiece. I was hooked on the idea and determined to remake it. I tried searching for instructions, but nothing was easy to follow. After many efforts, I tabled the idea for a while. That same year, I saw a printable template for a simple pop-up card. It consisted of systematically placed solid and dashed lines to indicate where to cut the paper and where to fold it. Without thinking, I grabbed some scissors and printed out the template on a basic sheet of printer paper. Quickly, I realized it was nearly impossible to accurately cut the paper with scissors. Even if it were to work, the printer paper was too thin that the card would lack stability. After continuing my online search, I gathered that the proper materials consisted of sturdy cardstock and a craft knife.

It wasn’t until the ninth grade that I was able to collect the proper resources needed to make a pop-up card. I sat down with a template of a three-tier cake pop-up card, some pink cardstock, a ruler, and my exacto knife. The actual process of cutting the paper wasn’t as difficult as I anticipated. Trying to fold it was more complicated. In the end, I remade the card three different times until it worked. I was definitely frustrated, but I kept in mind who I was making the card for. I was relieved and excited when I finished, and giving the recipient the card was one of the greatest feelings. Very quickly afterward, I wanted to make more original designs; I liked the idea of someone receiving something as basic as a card but not basic enough to buy in any old store. Making my own template required knowledge of how pop-up cards “work”. After a lot of thinking and rough sketches, I figured out the proper measurement requirements for making a pop-up card that “pops” correctly. My very first original card creation was made: a pop-up typewriter, and I still have the shabby template from it. From there, I learned by making more and more cards.

Here, I’ve listed some commonly asked questions about my pop-up cards and my answers to them:

What is your favorite card you’ve made?

That is a hard choice. Probably Ms. Russell’s “Chicago” card or Mrs. Dawson’s “Into the Woods” card. Both required a tremendous amount of work, but the result was absolutely worth it.

How long does it take to make a card?

It can range based on the design. The shortest amount of time it takes me is around an hour. The longest is probably a week or so. For very complex cards, I like to spread out the process over multiple days, so my hand doesn’t fatigue too much.

Does making them every get boring?

No. Not every card is the same. There are certainly design elements that I don’t like as much as others (for example, I don’t really like doing pop-up letters). It’s very tedious especially when I have to remake a card, but they’re a lot of fun to make.

Would you ever sell them or make a business out of them?

No, absolutely not. These cards are very special to me because so many of my recipients hold them so dear to themselves. I put a lot of thought into making every single card and how I can make it represent something special that I and a person share. If I were to sell them or make a business, it would take away that special meaning that drives my card making. I wouldn’t give it up for any monetary value.

What is the best part about making pop-up cards?

I will say that it is extremely satisfying seeing something you work so hard on come to a complete product. It’s one thing to vision something in your head and another seeing it physically in front of you. Truly, the best part is seeing the reaction by the recipients of my cards. It brings me so much joy. That reaction and the special feeling the person feels when I give them a card is the reason I make them. It’s truly one of the best things in this world.

If I want you all to take anything away from this story, it is to never be afraid to try something new even if you don’t think you can. Don’t let one failure set you back, especially if you just started something. Use it to make yourself better. Finally, have passion in everything that you do.