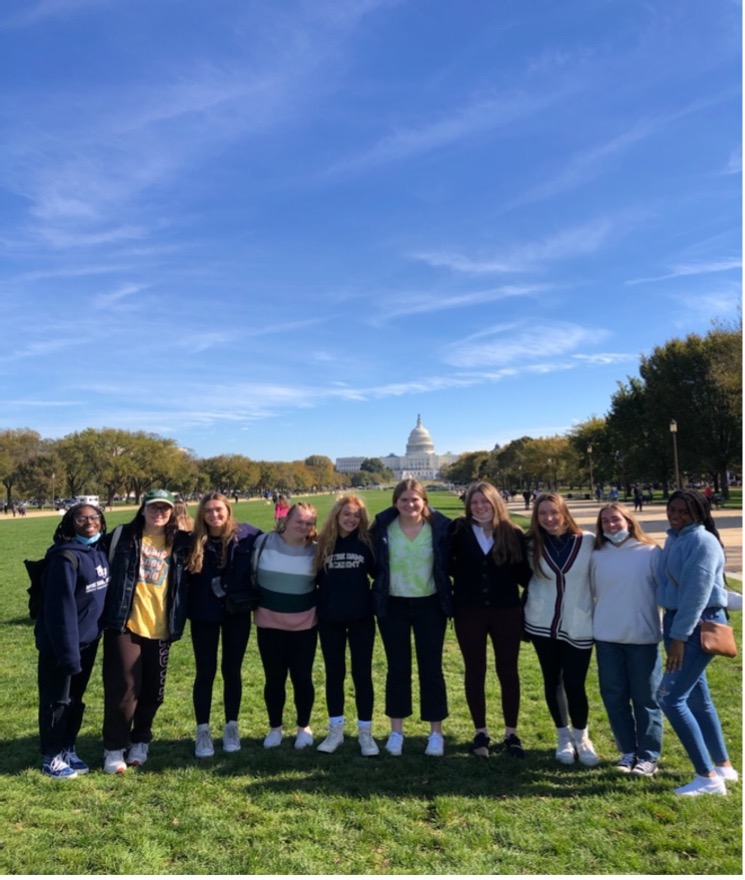 I had the amazing opportunity to go to the 2021 Ignatian Family Teach-In in Washington DC from November 6th to the 8th. The Teach-In’s focus this year was migration and climate change. However, throughout the Teach-In, hundreds of other topics were also shed light on. The teach-in was faith based and run by the Ignatian Solidarity Network. I had no expectations going into this teach-In, except to learn more in-depth about social justice issues. However, this experience gifted so much more than that.

One thing most of us can do easily is educate ourselves. However, we often do not have the proper tools to advocate for our passions. The Teach-In not only educated the students on issues they are passionate about but then gave them the opportunity to advocate for social justice in our own communities. We even had a workshop that was focused on how to advocate effectively to government officials.

The most touching parts of the Teach-In were the aspects when we got to use our advocacy firsthand. On the second night we attended a vigil in Lafayette Park, and the last day a public witness in front of the Capitol. As these two experiences were so amazing to witness and be a part of, I would love to give an insight on both acts of protests and the reason behind them. 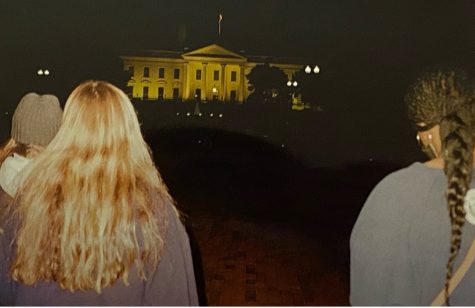 On the second night of the trip, we were invited to a vigil in Lafayette Park in front of the White House. The vigil was about Title 42, a policy originally created in 1944 by the Public Health Services that made it legal to allow the government to prevent the introduction to new people from entering our country during certain public health emergencies. The Trump Administration used this clause to create an order during the Covid-19 pandemic to prevent all migrants from entering any US borders, including asylum seekers. However, any person at the border of the United States or currently in the United States had a right to asylum, until Trump’s Title 42. Thousands of asylum seekers would arrive at the US-Mexican border every single day begging for a safe environment in the US. Child, mothers, and fathers were turned away at the border forcing them to go back to the country or people that put them in danger. The Biden Administration promised that once in office this policy would be changed, and the immigration system would finally be humane. The Biden Administration has still had not repealed Title 42 after campaigning on the exact promise they would. To peacefully protest Title 42, we gathered in front of the White House with candles and sang prayers and walked around honoring humans who went to the border asking for asylum. This experience was amazing because, for many of us, it was our first time attending a vigil. The vigil created a tie between our own activism individually to real powerful actions that were on public display. I think everyone should ultimately have this experience with something you are passionate about. This vigil felt empowering and a powerful way to show your care for an issue. 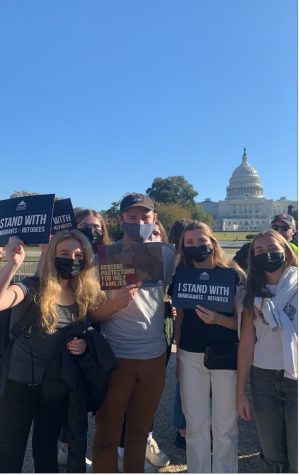 On the last day of the Teach-In, we had the chance to go to a public witness to advocate for immigrants and refugees’ rights, and the fight for climate change. We met on the National Mall in front of the Capitol and gathered in a circle. Again, we joined in prayer and heard speeches by students who attended the Teach-In. Many of the speakers talked about their own personal stories attached to migration here in the US. One speaker, a climate activist named Paul Campion, shared his own story of how he has been advocating for our government to reduce greenhouse gases. Paul had been on a hunger strike to advocate for the second half of the Build Back Better Act, which held many new policies and funding for the environment. The Build Back Better Act was being passed by Congress, however many of the original plans were being stripped away including the plans for the environment, healthcare, paid leave, affordable college and more. Campion and 4 of his other friends set up chairs in front of the White House and sat there with signs advocating for federal climate legislation. This protest caught attention nation-wide and created real talk about how to incorporate the climate legislation into the Build Back Better Act. Hearing Campion share this inspiring act of advocacy was amazing. Being able to be around such passionate driven people and learn about advocacy felt like a huge privilege and opportunity to learn. 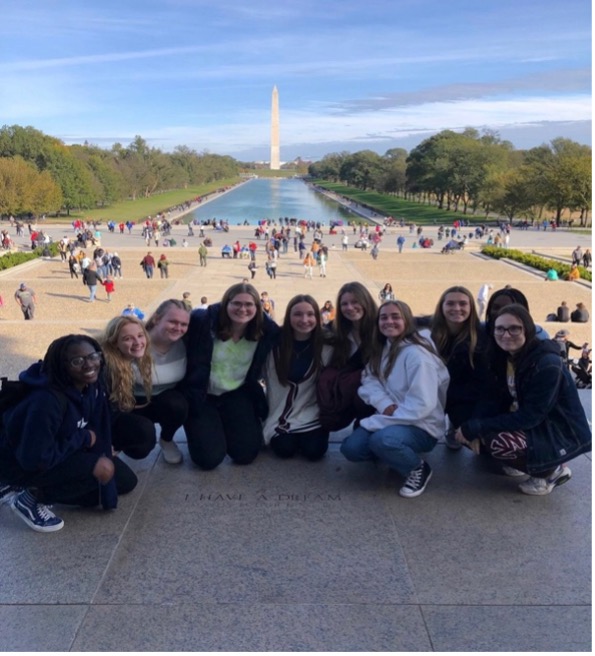 The Medallion • Copyright 2022 • FLEX WordPress Theme by SNO • Log in