The 5 Most Influential Women of the Decade 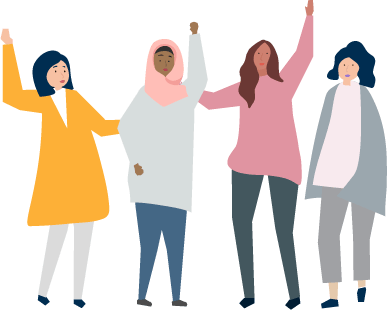 The month of March is Women’s History month! Women have made very important contributions to society, and many influential women became apparent in the past few years. Here are five of the most influential women of the last decade:

1) Michelle Obama
Michelle Obama served as First Lady of the United States from 2009 to 2017. She continues to encourage women and girls everywhere to lead healthy lives and obtain good educations. Her best-selling book leads us through her life and personal experiences and continues to inspire.
“Don’t be afraid. Be focused. Be determined. Be hopeful. Be empowered.”

2) Meghan Markle
Meghan Markle is most known for being Duchess of Sussex, but she is a strong women’s advocate, even prior to her royal family days. Meghan delivered a moving speech to the UN in 2015 regarding gender equality and has used her recent royal title to expand her efforts. Although Meghan and Harry will soon make their royal exit, Meghan will continue to be an advocate for equality.
“When girls are given the right tools to succeed, they can create incredible futures, not only for themselves but also for those around them.”

3) Greta Thunberg
Greta Thunberg has become one of the strongest advocates to resolve climate change. Her most powerful influence emerged in 2019 when she addressed the world leaders at the UN climate change summit. Greta became the youngest Time Person of the Year in 2019.
“No one is too small to make a difference.”

4) Malala Yousafzai
Malala Yousafzai began her journey in 2012 when Taliban members attempted to kill her because she believed in women’s rights to education. This did not hold her back but rather ignited her to spark years of advocacy for women and girls everywhere. Since her near-death experience, Malala has delivered a speech to the UN, met with former President Obama, and became the youngest Nobel Peace Prize winner.
“When the whole world is silent, even one voice becomes powerful.”

5) Hillary Clinton
Hillary Clinton defied the status quo and became the first female presidential nominee in 2016. Although she did not win the general election, Hillary has gone on the make more TV appearances and write a book with her daughter, Chelsea Clinton, encouraging girls everywhere to follow their dreams.
“Never doubt that you are valuable and powerful and deserving of every chance in the world to pursue your dreams.”