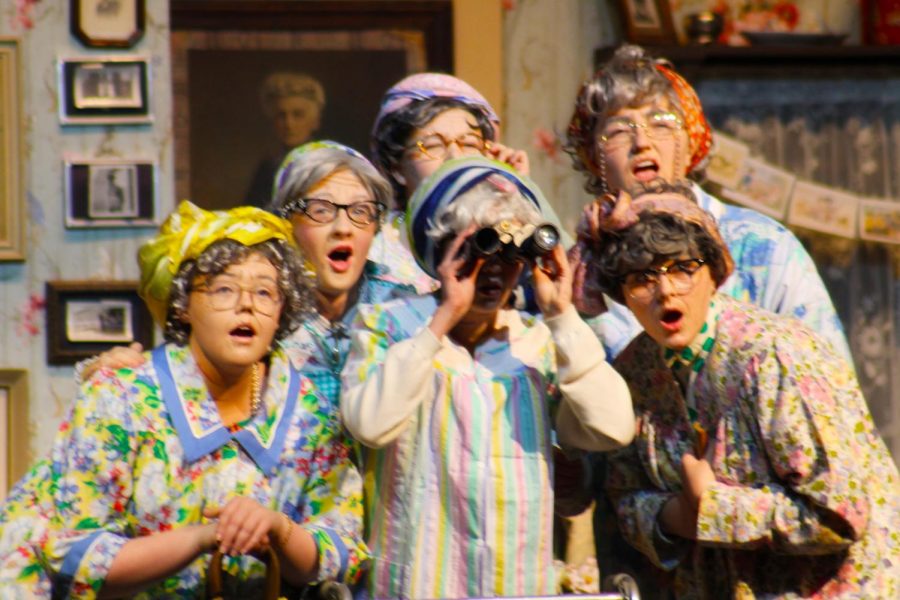 This past weekend, myself and eight other cast members and a tech crew of about 15 participated in the Massachusetts Educational Theater Guild (METG) festival competition 2020. The show we performed was “Any Body for Tea?” a show set in 1950’s Louisiana. Six old ladies live in a house across the street from a cute forty-year-old detective in homicide, Dennis O’Finn (played by Helena Lynch ‘20). They like to spend their days using a pair of binoculars spying on him and consequently falling in love. They would *die* to meet him, but they need a way for him to come over! Because it’s 1950’s Louisiana, ladies can’t just invite a gentleman over if they have not been introduced. Their solution? To get a dead body. How do they get a dead body? By killing one of their own. My character (Elizabeth Ellsworth) is the first victim of these lusty ladies. Through a comedic whodunnit, the characters take you on a southern adventure, involving two deaths and a set of broken teacups.