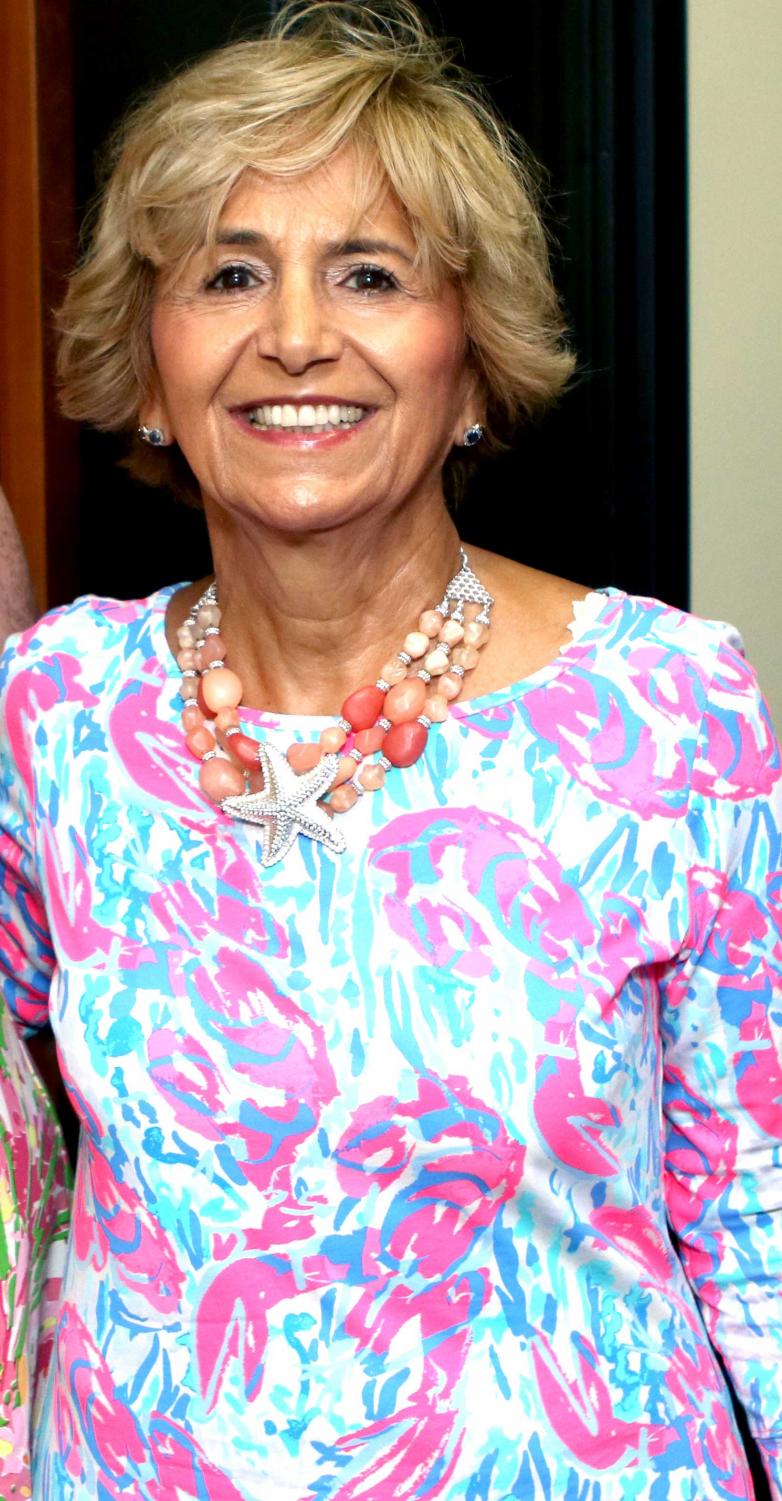 Ms. Martin is an amazing Spanish teacher here at NDA. She teaches levels 3, 4, and 5 and is often considered very entertaining. Many of us experience this especially before Christmas break when, each year, Ms. Martin brings her classes caroling around the school. As one of her students describes her, “Ms. Martin is a really positive, outgoing teacher who cares a lot about her students.”

Let’s get to know her!

Ms. Martin was raised right here in Massachusetts. She grew up in Milton and lived there through her undergraduate years. Though here at NDA Ms. Martin teaches Spanish, she received her undergraduate degree in French from Boston College. She discovered her love of teaching and went on to teach at Hingham Middle School. Ms. Martin left teaching to start her family; however, she missed teaching. Before returning to school, Ms. Martin attended various colleges and received her Master’s in Spanish. She continued instructing French and Spanish and even earned a Certificate of Advanced Graduate Study (CAGS) and a Master’s Degree in School Administration.

Ms. Martin’s erudite personality was always prevalent, even in high school. She described herself as “very studious and not athletic”. Her free time in high school was spent working in her father’s bakeries, which she had started doing at a young age. Ms. Martin reflected on her desire to go into pharmacy when in high school. She said, “I was always a free thinker, but I didn’t act on it as much as I wanted.” Ms. Martin does partly regret not applying to pharmacy school, but we love having her as our Spanish profesora.

Like many teachers, Ms. Martin became a teacher because she enjoys being around young, growing people. She likes watching paths grow and flourish as well as nurturing students’ potential. She said “I believe every individual should flourish, and that is my own campaign to do good in the world.” Before coming to NDA 15 years ago, Ms. Martin had always taught in public schools. She said she always loved languages and being trilingual even helped her in her school administration jobs. She spoke of the struggles she saw teachers go through to have students think more, but shared “I feel that NDA students come to school equipped to learn.” Ms. Martin emphasized how NDA’s mission of the voice of the female is vital, especially today: “Women should know their capabilities.” Graduation day is Ms. Martin’s favorite memory at NDA. She admitted to crying at every graduation because she loves sending the students on their way.

When not teaching us conjugations and cognates, Ms. Martin enjoys traveling. She noted it is one of her passions. Each year, Ms. Martin goes on a retreat with her daughters to “an island off of Maine where the ocean is not calm.” The sounds of ocean waves slapping against the shore and rocks is very refreshing to her. While not traveling, Ms. Martin is often found reading, gardening, and entertaining. Ms. Martin’s musical acts on the day before Christmas break are not out of her character; she is a lover of music, having taken piano lessons in the past and currently trying to reteach herself. “I think music is a positive way for self-expression. The arts, in general, are good for getting emotions out” she shared.

With midyear exams coming up, I asked our Spanish teacher how she prepares for the exams, and hopefully, her response will reassure her students:

“I pride myself on being fair as a teacher. I reflect on what we’ve done all year, and I make up what I think is a fair test. I do like to prepare early, so I provide my students with a list of what to expect.”

Though she loves teaching Spanish, if she were to teach a different subject at NDA, she would teach Just Choices or Bioethics. If she were to learn any other language, it would be Ukranian ,as her father is Ukranian. She mentioned that she tried to teach herself Greek before a trip to Greece and was not met with much success, but it was important for her to understand the difficulty in language learning that her students may experience.

Finally, Ms. Martin leaves you all with some final advice: “Think before you act. As you go through life, remember the lessons you’ve been taught. Never forget you’re not alone.”